Start of studies
The programme begins each winter semester.
Applicants with foreign certificates please apply till 31 May via uni-assist e.V..

Please note
The language of instruction is German.

Our world is getting more complex by the day, and the media is undergoing change at an ever-faster pace. We train journalists who can explain complex relationships in simple terms and are able to do this using different media formats, in text or on a cross-media basis.

The journalism programme provides fundamental knowledge on the media and application-oriented skills for the preparation, planning and implementation of media projects.

The journalism programme offers a selection of four fields of concentration:

The programme combines theory and practice. Modules on media theory and media history are fixed elements, as are modules on journalistic production in which the students can obtain basic skills in, for example, producing journalistic texts or television reports. Trainee editorial teams and projects are a focus of the course and feature as of the second term. The students can apply the basic knowledge they have obtained to specific practical questions and produce media reports together. Over the course of the programme, this increasingly takes place in our Newsroom which organises the integration of work across different media (print, television, radio, online).

The fields of concentration and optional modules for seminars on media production and for trainee editorial teams and projects allow the students to set their own specialisation areas within the programme in terms of both content and media.

The fourth term is a mandatory term abroad which can take the form of either a work placement at a foreign company or study at a foreign university.

The students also complete a twelve-week work placement in Germany.

A higher education entrance qualification is a general prerequisite for admittance to the programme of study. International applicants must provide proof of educational qualifications that permit study in Germany (school-leaving certificate, certificate of university attendance).

The DAAD database on admission requirements allows international students to check whether they meet the requirements for the degree programme of their choice in Germany.

The language of instruction is German. Foreign applicants must prove they have adequate knowledge of German. Evidence of the necessary German language skills can be provided in the form of:

An overview of all preparatory colleges in Germany can be found here. 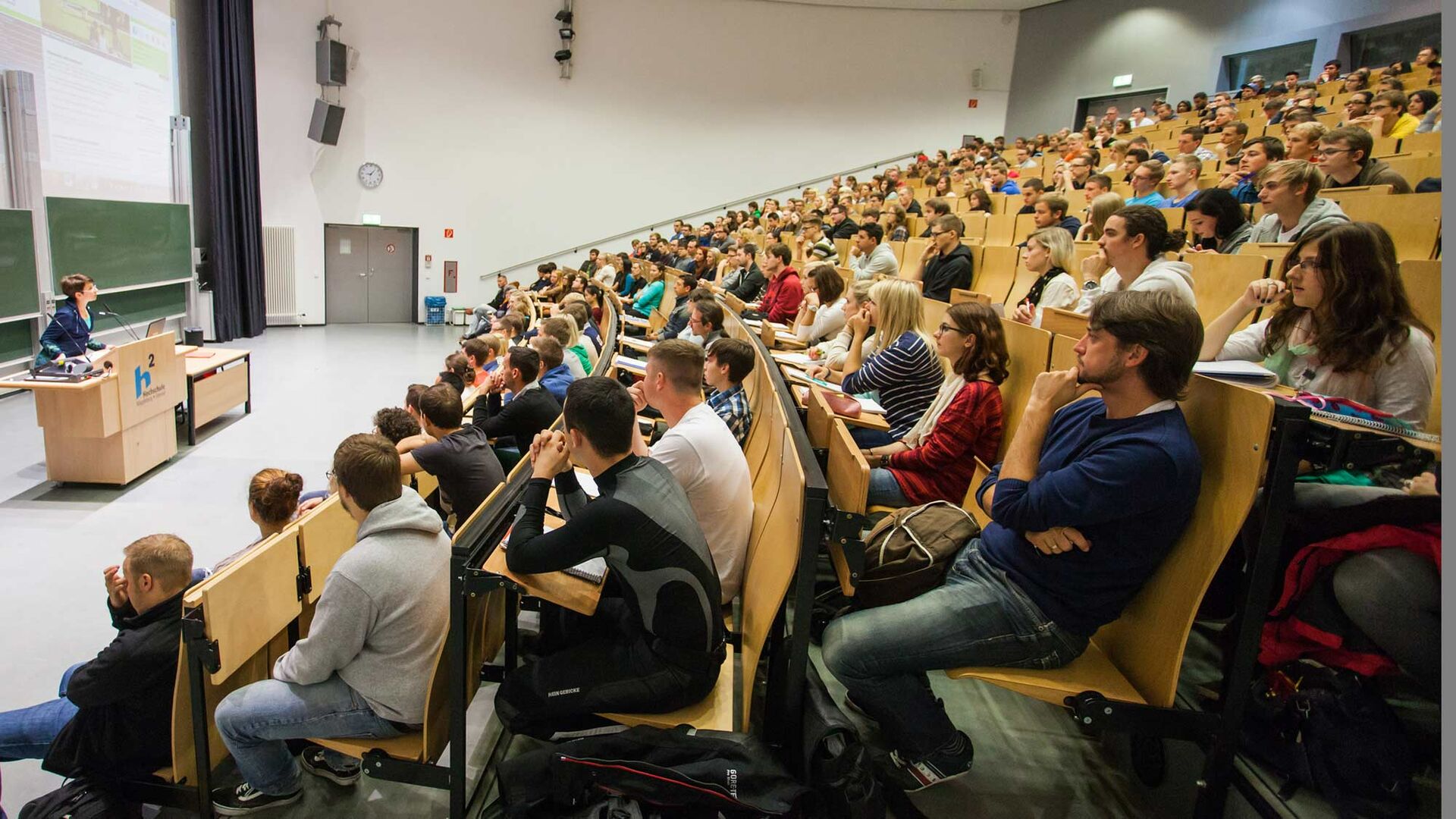